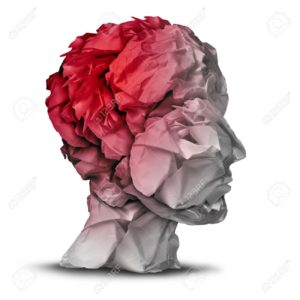 We have fantastic and astonishing memory abilities, the human mind and its processes, particularly in the way we store and retrieve the effective memories which then effect the way that we store and respond to our other memories and sensory input. Evolutionary psychology examines the way some things that can be problematic are often helpful to us in the past and as we evolved. This is especially true for trauma survivors. According to the American Psychological Association, Trauma is an emotional response to a event like an accident, rape, or natural disaster, abuse or assault. Immediately after the event, shock, emotional upheaval, loss of ability to function, and denial are typical. Trauma is especially present in situations where a person feels powerless and their sense of control are taken. Long term reactions include unpredictable emotions, flashbacks, strained relationships and even physical symptoms like headaches or nausea, nightmares, inability to rest or calm down, feeling tearful, experiencing fear and heightened startle response. While these feelings are very universal response to the paralyzing fear that is associated with trauma even if the survivor reports feeling neutral in the moment. Biology offers some rational for how we can feel afraid but work through it in the moment of the traumatic situation, but it is later when we are safe and comfortable that the panic can emerge, generally emotions are something that can be seen and felt most when everything is alright around us, meaning the traumatic event is over and we are safe. Some people have difficulty moving on with their lives because trauma can result in long term effects such as post traumatic stress disorder, acute stress disorder, anxiety, depression, and addiction.

Cognitive behavioral therapy, systematic desensitization, and exposure therapy, and some therapies which aim to change the tone of the vagal nerve are recommended ways to work through the trauma and empower the survivor to be able to withstand exposure to triggers and regain emotional wellness. It is recommended that trauma survivors do their best to limit exposure to triggers as they heal from the event and associated memories. If you feel that you may be experiencing long term effects from a traumatic situation, it is recommended that you work with a therapist who is specifically trained in trauma informed care. Healing will allow the processing of the entire event, client and therapist will identify triggers, developing the capacity to respond to triggers with mindful balance, and work through the effects of any other psychological effects from the trauma.